The following day, Wednesday, September 20, 1967, a ship that would play a very important part in the life of the Port of New York, Cunard’s QUEEN ELIZABETH 2 was launched at Clydebank, Scotland. She has since visited the port more times than probably any other ocean liner.

The Port of New York was not the scene for the historical maritime event of this day. It took place over 3000 miles away at Clydebank, Scotland in the shipyard of John Brown & Company Limited. An ocean liner that was destined to play a major role in the life of the Port of New York was under construction there. On September 20, 1967 Her Majesty The Queen named the new Cunard liner that was being built in the same place as many Cunard liners of the past. On the same stocks were constructed QUEEN ELIZABETH, QUEEN MARY, AQUITANIA, and LUSITANIA. This newest Cunarder, yard No.736, known up to now as “Q4” was scheduled to be launched on this day.

British and French troops defeat Russians in Crimea in the Battle of Alma. 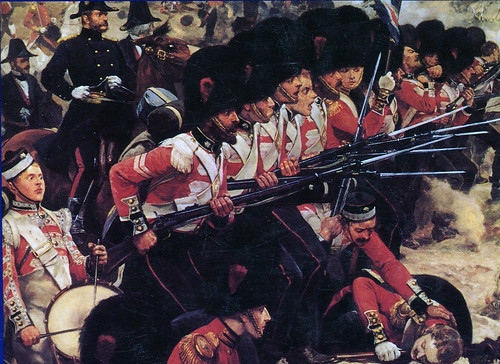 Battle of Alma, victory by the British and the French in the Crimean War that left the Russian naval base of Sevastopol vulnerable and endangered the entire Russian position in the war. It is generally considered the first battle of the Crimean War.

Commanded by Prince Aleksandr Menshikov, the Russians had occupied a position on the heights above the Alma River in southwestern Crimea, thus blocking the road to Sevastopol. In order to advance, the allied French and British army would have to assault Telegraph Hill, and to the east, Kourgane Hill, both of which were topped with Russian redoubts. The valley in between led to Sevastopol, but no advance would be possible, even with their numerical advantage, if the Russians held the two hills.

The allies landed on the Crimean Peninsula some 35 miles north of Sevastopol on September 14. Suffering from dysentery and cholera, it would be six days before the armies headed south. It was at the Alma, the second of the east-west rivers north of the Sevastopol, where they enjoyed a prime defensive position, that the Russians decided to stand their ground on September 20.

To attack the Russians, the French commander, General Jacques St. Arnaud, decided to cross the river under the cover of a naval bombardment and scale the cliffs with a detachment of French troops. This would divert the Russians and allow the British to attack the redoubts. The French part of the plan began successfully but lost momentum, and the Russians restored their lines. As a result, the British attack faltered and their battalions became entangled in chaos.

The Viking Harald Hardrada defeats the earls, Morcar and Edwin in the Battle of Fulford.

The USA military ends its “don’t ask, don’t tell” policy which allows gay men and women to serve openly for the first time.

The Treaty of Rijswijk is signed by France, England, Spain, the Holy Roman Empire and the Dutch Republic to end the Nine Year War.