The oil tanker MT Solar 1 sinks off the coast of Guimaras and Negros Islands in the Philippines, causing the country’s worst oil spill.

SAIGON, South Vietnam, Aug. 11—The last American ground?combat unit in Viet nam was deactivated today, a day after one of its com panies returned from a four? day mission during which two Men were wounded by booby traps. The unit, the Third Battalion of the 21st Infantry, with supporting ar tillery and a medical detach ment, guarded the big United States air base at Danang. The battalion has 1,043 men.

The United States command said that most of the battalion’s men would be going home in the next few days, but those with job specialties still needed in Vietnam and those with less than six months’ Vietnam service would stay. As of last week 44,600 Amer ican servicemen were left in South Vietnam, not including sailors in the Seventh Fleet off the coast or airmen in Thailand and Guam who fly missions over North and South Vietnam.

The first American ground combat bat talion landed in Vietnam March 8, 1965. It was the Third Battalion, Ninth Marine Regiment. At the height of its involvement in 1968, the Unit ed States had 112 ground com bat battalions in Vietnam. 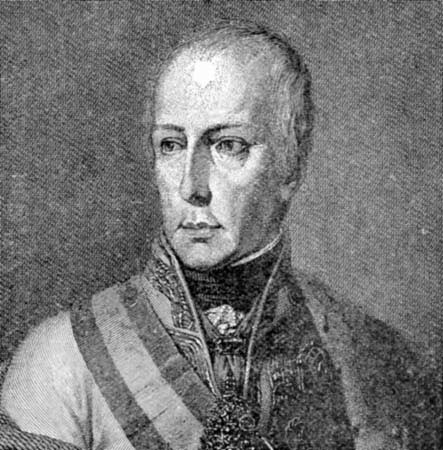 Francis II, the last Holy Roman emperor of Austria. He supported the conservative political system of Metternich in Germany and Europe after the Congress of Vienna.

Son of the future emperor Leopold II and Maria Luisa of Spain, Francis received his political education from his uncle, Emperor Joseph II, who disliked his nephew’s unimaginative outlook and stubbornness but praised his application and sense of duty and justice. Ascending to the throne on the death of his father in 1792, Francis inherited the problems raised by the French Revolution.

An absolutist who hated constitutionalism in any form, he supported Austria’s first coalition war against France, sometimes taking the field himself, until forced to accept the Treaty of Campo Formio, by which the empire lost Lombardy and the left bank of the Rhine. Again defeated by France, he elevated Austria to the status of an empire soon after Napoleon had made himself emperor of the French. After Austria took the field against Napoleon for the third time in 1805 and was again defeated, Napoleon dictated the dissolution of the Holy Roman Empire; Francis abdicated his title in 1806.

Thus, the ancien régime that had come to an end in France in 1789 ended in Germany also. The year 1809 saw Austria’s fourth unsuccessful war against Napoleon, during which Francis, always distrustful of revolutionary or even popular movements, abandoned pro-Habsburg Tirolese rebels to France and Bavaria.

The first prisoners arrive at the prison on Alcatraz Island.

United States President Ronald Reagan jokes off-air on radio: “We begin bombing in five minutes” during a sound check. The recording of it was later leaked.