First flight of the Douglas DC-3.

First flight of the Boeing B-17 Flying Fortress.

The Chaco War ends as a ceasefire is negotiated between Bolivia and Paraguay. 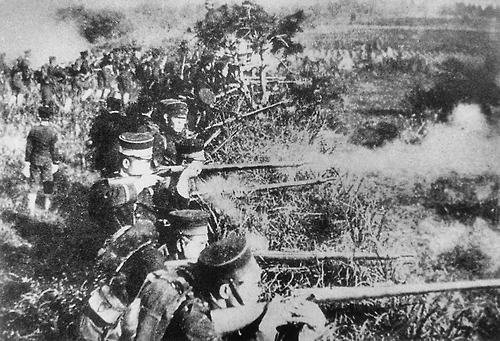 Chaco War, the costly conflict between Bolivia and Paraguay. Hostile incidents began as early as 1928 over the Chaco Boreal, a wilderness region of about 100,000 square miles north of the Pilcomayo River and west of the Paraguay River that forms part of the Gran Chaco. The conflict stemmed from the outcome of the War of the Pacific, in which Chile defeated Bolivia and annexed that country’s entire coastal region. Thereafter, Bolivia attempted to break out of its landlocked situation through the Río de La Plata system to the Atlantic coast; athwart that route lay the Gran Chaco, which the Bolivians thought had large oil reserves.

Bolivia seemed to enjoy overwhelming advantages over Paraguay: it had thrice the latter’s population, an army well-trained by the German general Hans von Kundt, and an ample supply of arms purchased by loans from American banks. But the morale of Bolivia’s army of Indian conscripts was low, and Paraguayans were better fitted to fight in the lowland swamps and jungles, in which many Bolivians died of disease and snakebite as well as gunfire. Both countries had maintained military posts in the disputed region.

In April 2009 Bolivian President Evo Morales and Paraguayan President Fernando Lugo signed an accord resolving the countries’ border dispute over the Chaco region that had resulted in the war. The leaders agreed that the war had been brought on by foreign interests.

Adolf Hitler directs that the Luftwaffe to be re-formed. This violates the provisions of the Treaty of Versailles. 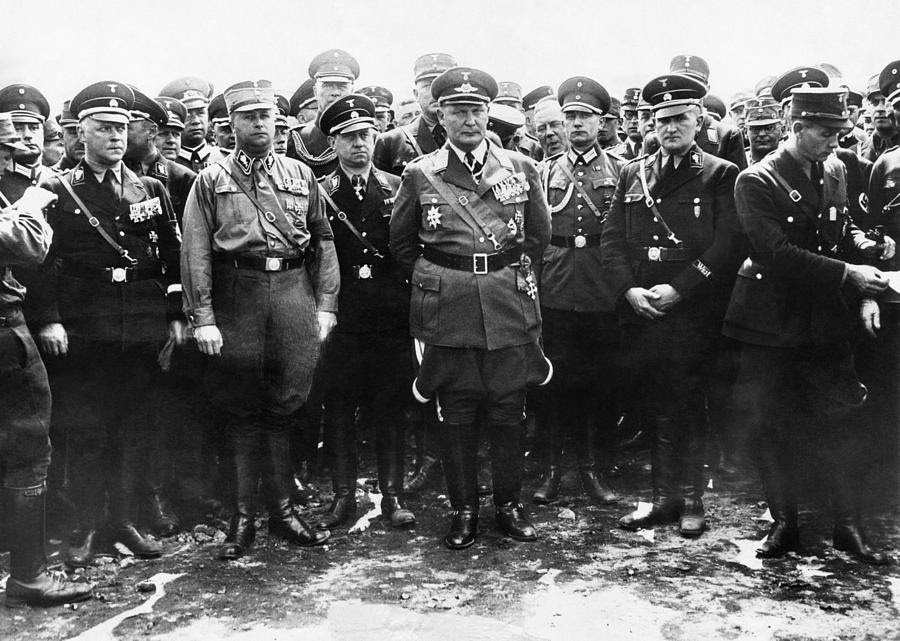 The first way Hitler broke the Treaty was over Germany’s armed forces. In 1934, he destroyed the League of Nations Disarmament Conference by demanding equality of arms with France and Britain – this broke the Treaty because it had set up the League with the stated aim of achieving disarmament. At first, Hitler broke the Treaty’s terms by building up his army in secret, drilling volunteers with spades instead of rifles. Then, in 1935, he openly held a huge rearmament rally. The other nations let him get away with it – Britain even made a naval agreement with Germany, accepting that Germany had a right to have a navy of 35% of the British navy. After 1936, Hitler reintroduced conscription, and began to pump huge sums into Germany’s armed forces. Germans were told ‘guns not butter’.

By the end of 1938, Hitler was doing the same thing in the Sudentenland, which the Treaty of Versailles had given to Czechoslovakia. Sudeten Nazis, led by Henlein, caused trouble, claiming that they were being oppressed by the Czechs. Hitler demanded union, and threatened war. This time, although the Czech leader Beneš was prepared to fight, it was Britain and France who, at Munich, broke the Treaty of Versailles and gave the Sudetenland to Germany. Which just left Danzig, and the Polish corridor . It can be argued that it was not just Hitler who broke the Treaty of Versailles, but also Britain and France, when they allowed him to do what he did.

The board game Monopoly is invented. 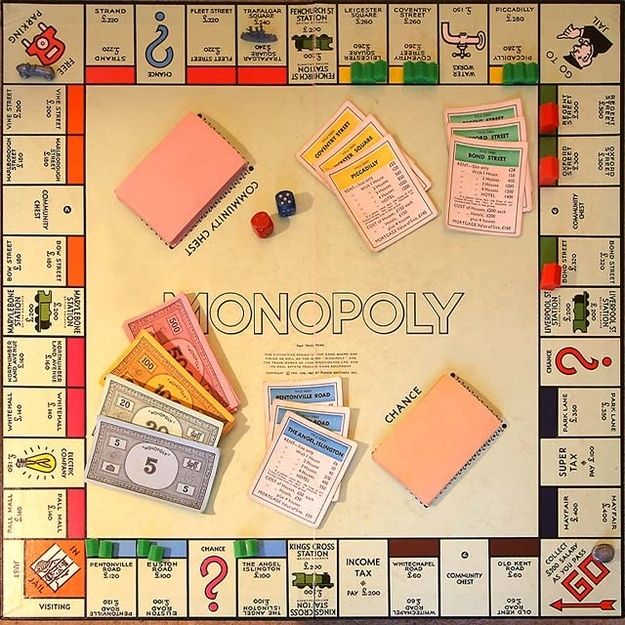 On this day 81 years ago Charles Darrow’ popular board game, Monopoly, based on the streets of Atlantic City, New Jersey, was first marketed, becoming a cultural phenomenon, having been licensed in over 103 countries and released in more than 37 languages, featuring cities from all over the world.

Last year, the 80th anniversary edition of Monopoly came out, featuring one iconic token from each of the 8 decades: bathtub, locomotive, money bag, cat, cannon, cavalry and Monopoly World Championships trophy. Read more here.
landlord’s game,However, there is some controversy involving the game since, despite Charles Darrow being generally credited with the invention of Monopoly, it all started some decades before when Elizabeth Magie Phillips created Landlord’s Game. Find out more at Monopoly’s Inventor: The Progressive Who Didn’t Pass ‘Go’.

Apparently, this was this game that Charles Darrow first saw and played. He became infatuated with the game and developed his own version. His modifications included adding icons and graphics, the corner symbols and the color bands at the top of each property. Previously there were no pictures on the game board. These modifications gave the game more appeal and greatly increased its popularity.

The Lebensborn project was one of most secret and terrifying Nazi projects. Heinrich Himmler founded the Lebensborn project on December 12, 1935, the same year the Nuremberg Laws outlawed intermarriage with Jews and others who were deemed inferior. For decades, Germany’s birthrate was decreasing. Himmler’s goal was to reverse the decline and increase the Germanic/Nordic population of Germany to 120 million. Himmler encouraged SS and Wermacht officers to have children with Aryan women. He believed Lebensborn children would grow up to lead a Nazi-Aryan nation.

The purpose of this society was to offer to young girls who were deemed “racially pure” the possibility to give birth to a child in secret. The child was then given to the SS organization which took charge in the child’s education and adoption. Both mother and father needed to pass a “racial purity” test. Blond hair and blue eyes were preferred, and family lineage had to be traced back at least three generations. Of all the women who applied, only 40 percent passed the racial purity test and were granted admission to the Lebensborn program.