Hong Kong Island is occupied by the British during the First Opium War.

The British K-class submarine HMS K5 sinks in the English Channel; all 56 on board die.

A protest movement in Iceland culminates as the 2009 Icelandic financial crisis protests start.

Donald Trump is inaugurated as the 45th President of the United States of America, becoming the oldest person to assume the office.
[rdp-wiki-embed url=’https://en.wikipedia.org/wiki/Donald_Trump’]

Richard Nixon becomes the 37th President of the United States of America. 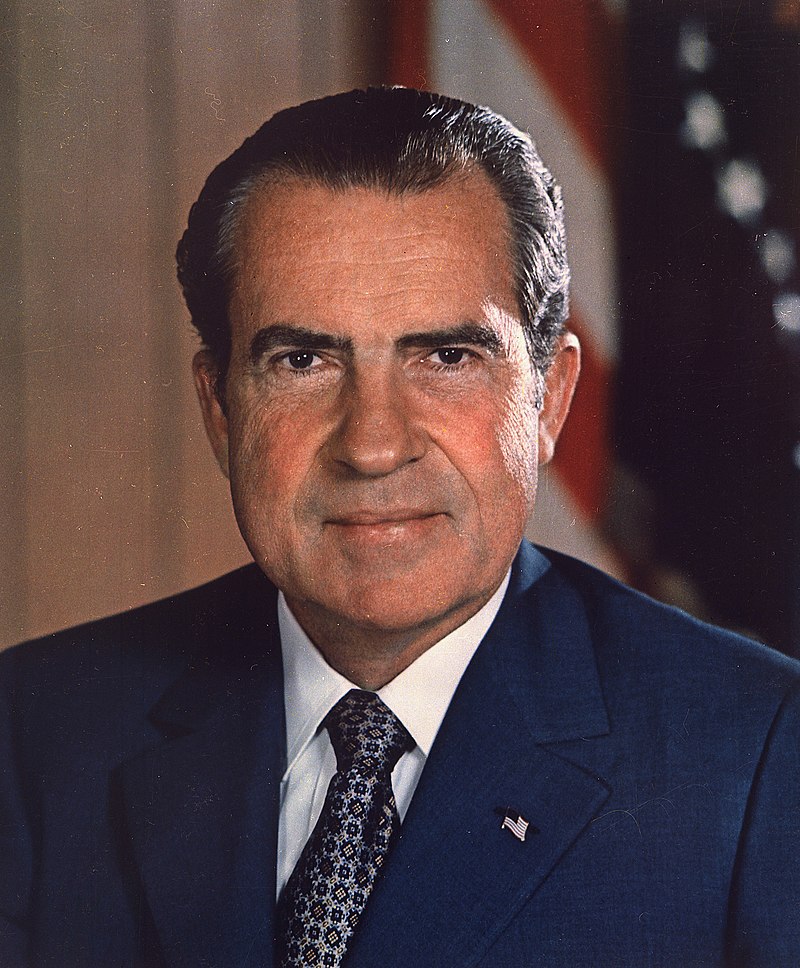 Nixon was born in Yorba Linda, California. After completing his undergraduate studies at Whittier College, he graduated from Duke University School of Law in 1937 and returned to California to practice law. He and his wife Pat moved to Washington in 1942 to work for the federal government. He subsequently served on active duty in the U.S. Navy Reserve during World War II. Nixon was elected to the House of Representatives in 1946 and to the Senate in 1950. His pursuit of the Hiss Case established his reputation as a leading anti-communist and elevated him to national prominence. He was the running mate of Dwight D. Eisenhower, the Republican Party presidential nominee in the 1952 election. Nixon served for eight years as Vice President, becoming the second-youngest vice president in history at age 40. He waged an unsuccessful presidential campaign in 1960, narrowly losing to John F. Kennedy, and lost a race for governor of California to Pat Brown in 1962. In 1968, he ran for the presidency again and was elected, defeating incumbent Vice President Hubert Humphrey.

Nixon ended American involvement in the war in Vietnam in 1973 and brought the American POWs home, and ended the military draft. Nixon’s visit to China in 1972 eventually led to diplomatic relations between the two nations and he initiated détente and the Anti-Ballistic Missile Treaty with the Soviet Union the same year. His administration generally transferred power from Washington D.C. to the states. He imposed wage and price controls for ninety days, enforced desegregation of Southern schools, established the Environmental Protection Agency and began the War on Cancer. Nixon also presided over the Apollo 11 moon landing, which signaled the end of the moon race. He was reelected in one of the largest electoral landslides in U.S. history in 1972 when he defeated George McGovern.

In his second term, Nixon ordered an airlift to resupply Israeli losses in the Yom Kippur War, resulting in the restart of the Middle East peace process and an oil crisis at home. The Nixon administration supported a coup in Chile that ousted the government of Salvador Allende and propelled Augusto Pinochet to power. By late 1973, the Watergate scandal escalated, costing Nixon much of his political support. On August 9, 1974, he resigned in the face of almost certain impeachment and removal from office. After his resignation, he was issued a controversial pardon by his successor, Gerald Ford. In 20 years of retirement, Nixon wrote nine books and undertook many foreign trips, helping to rehabilitate his image into that of an elder statesman. He suffered a debilitating stroke on April 18, 1994 and died four days later at the age of 81.

Hong Kong Island is first occupied by the British.

During the First Opium War, China cedes the island of Hong Kong to the British with the signing of the Chuenpi Convention, an agreement seeking an end to the first Anglo-Chinese conflict.

In 1839, Britain invaded China to crush opposition to its interference in the country’s economic and political affairs. One of Britain’s first acts of the war was to occupy Hong Kong, a sparsely inhabited island off the coast of southeast China. In 1841, China ceded the island to the British, and in 1842 the Treaty of Nanking was signed, formally ending the First Opium War.

Britain’s new colony flourished as an East-West trading center and as the commercial gateway and distribution center for southern China. In 1898, Britain was granted an additional 99 years of rule over Hong Kong under the Second Convention of Peking. In September 1984, after years of negotiations, the British and the Chinese signed a formal agreement approving the 1997 turnover of the island in exchange for a Chinese pledge to preserve Hong Kong’s capitalist system. On July 1, 1997, Hong Kong was peaceably handed over to China in a ceremony attended by numerous Chinese and British dignitaries. The chief executive under the new Hong Kong government, Tung Chee Hwa, formulated a policy based upon the concept of “one country, two systems,” thus preserving Hong Kong’s role as a principal capitalist center in Asia.

Charles I of England goes on trial for treason.

On the afternoon of 20 January 1649 a slightly-built 48-year-old man with long greying hair stood before a court in London, charged with treason. But this was no ordinary court of law; it was the High Court of Justice sitting in Westminster Hall. And this was no ordinary charge of treason against the Sovereign; it was treason against the people by the Sovereign. For the man who stood trial was the King himself.

The trial and execution of Charles I was a microcosm of the English Civil War which had preceded it, in that both trial and war hinged on whether the King should be accountable for his actions to his people. The war had been bitterly fought since 1642 between the Royalist supporters of Charles I and the Parliamentarians led by Oliver Cromwell and had claimed an estimated 185,000 lives.

The Royalists defended the ‘divine right’ of the King to rule unfettered by Parliament, and to account for his actions ‘but to God alone’. By contrast, the Parliamentarians sought to limit the King’s powers by requiring him to obtain the consent of the House of Commons: what we now recognise to be a constitutional monarchy. Many of them, including Cromwell, were devout Protestants who believed that God was on their side.

The envoy from the Church of England, Terry Waite, is kidnapped in Lebanon.

The first flight of the Vickers Vanguard plane.

The Church of England envoy, Terry Waite is kidnapped in Lebanon.