The General Conference on Weights and Measures (CGPM) defines the length of a meter.

The first aerial circumnavigation is completed by a team from the US Army. 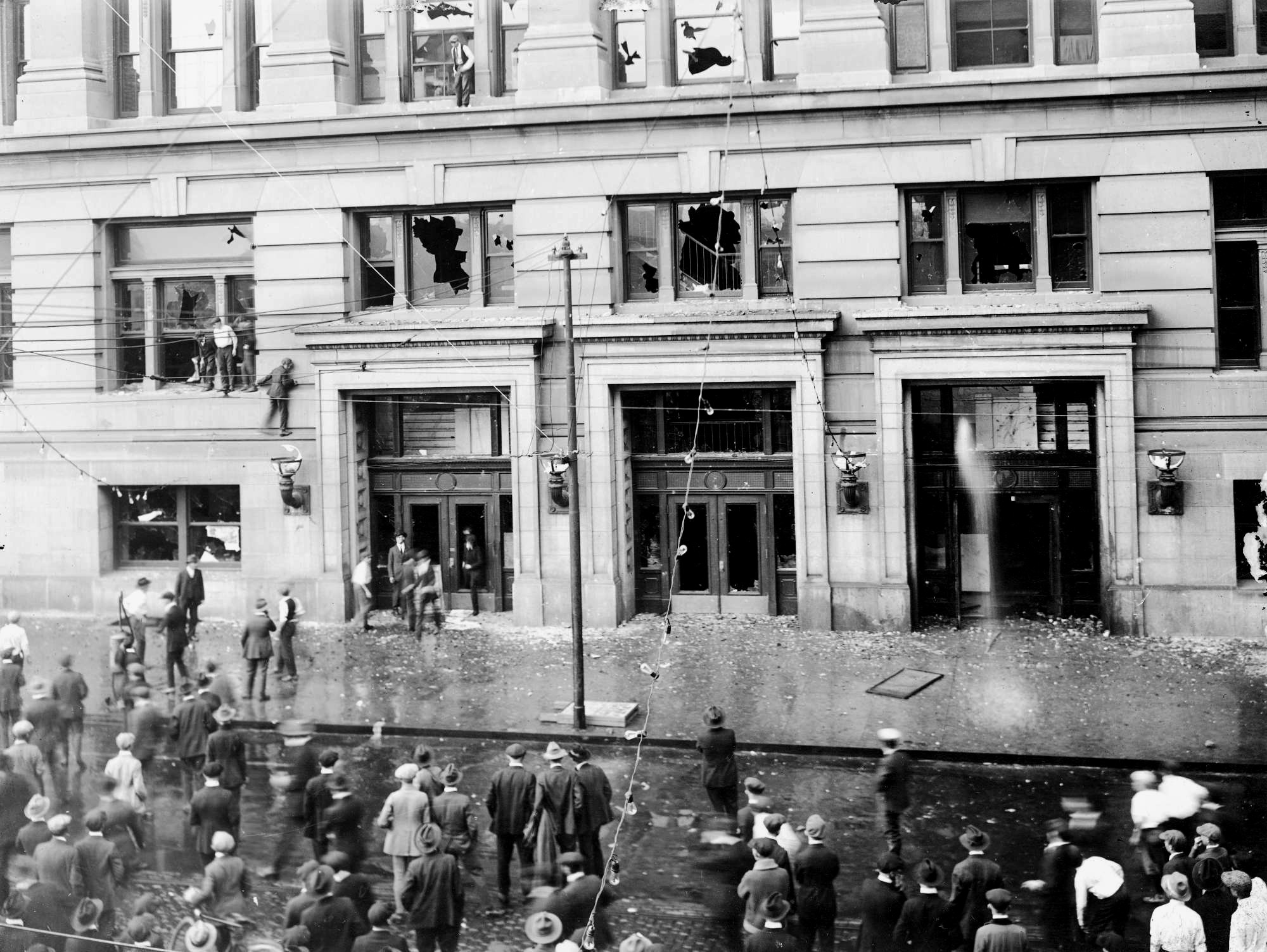 Race riots rocked Omaha, Neb., on Sept. 28–29, 1919. The result of the riots was the lynching of Will Brown, an African American, and the death of two white men. The angry mob also attempted to hang Mayor Edward Parsons Smith, and it burnt down the Douglas County Courthouse in downtown Omaha. The Omaha riots were just one of many that took place throughout the United States in the summer of 1919, known as Red Summer.

The troubles in Omaha began on Sept. 25, when Agnes Loebeck, a white woman, claimed that she had been assaulted by an African-American male. The next morning, the newspapers blasted the story with headlines referring to the black man as a “Black Beast.” The newspaper accounts of the incident fueled the anger of the white citizens of Omaha. Later that afternoon, the police brought a black man, whom they believed was the suspect, to Agnes Loebeck’s house for identification. Agnes identified the man, Will Brown, 41, who worked in a local packinghouse and suffered from a severe case of rheumatism, as the attacker.

As the police were about to leave Loebeck’s house, a large unruly mob began to gather in front of the house and threatened to grab Brown. A confrontation ensued, and after an hour, additional police arrived; police were able to transfer Brown to the Douglas County Courthouse. In order to prevent any trouble, 46 police officers were ordered to remain at police headquarters all night.

That night, rumors began to spread that a group of white people were once again planning to take Brown away from police custody and “take care of him.” On Sunday morning, Sept. 28, a group of young men began to march toward the courthouse. The angry crowd rapidly grew, and within a short period of time, the crowd swelled to between 5,000 to 10,000 people. They laid siege to the courthouse, and all city officials who were inside became prisoners and could not leave. Later that evening, the angry mob began firing into the courthouse, using rifles and guns that they had looted from nearby gun shops. In the gun battle, two people were killed. By about 8:30 p.m., the building was set on fire, and the mob refused to allow firefighters to come close to the building to extinguish the fire.

All the while Mayor Smith was at the scene of the courthouse and even went in several times to talk to town officials. At one point, he came outside and asked to address the crowd. He implored the crowd to remain calm, go home and forget about the prisoner. He begged them to let the firefighters get close to the building and do their job. The mob was furious, and suddenly the mayor received a blow to his head and was knocked to the ground. The next thing he saw was some people flinging one end of a long thick rope around a lamp post, and the other end was shaped into a noose and tightened around his neck. At that point he blacked out and had no recollection of what happened to him. He woke up in the hospital with head injuries. He remained in the hospital for several days. There are conflicting reports as to how he was rescued. One version is that a group of police personnel were responsible for the rescue. Others say that he was saved by a young bystander, Russel Norgaard. Once the mayor had been taken to the hospital, the mob turned its attention to Brown.

The wild crazed mob stormed the courthouse and got hold of Brown. They tore off his clothing, beat him until he was unconscious, dragged him outside and dropped him at a lamp post. The mob went into a frenzy and began shouting for the death of Brown. A rope was tightened around his neck, and he was hoisted to the top of the pole. As his body was spinning around, it was riddled with bullets. After he was lowered, his body was hitched to a car and dragged through the streets. At the corner of Dodge and 17th, his body was doused with fuel and set on fire. His burnt body was dragged through the streets of downtown Omaha. The rope that was used to hang Brown was cut into small pieces and sold for 10 cents a piece.

Alexander Fleming notices a bacteria-killing mold growing in his laboratory leading to the discovery of penicillin. 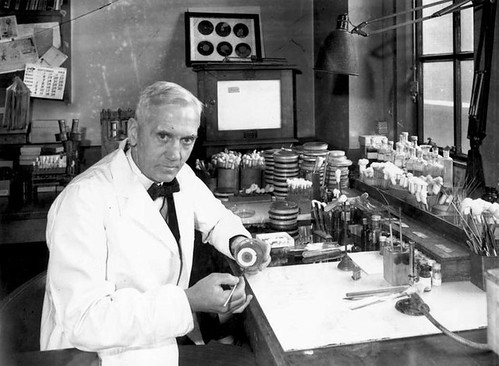 Scottish scientist Alexander Fleming makes a curious discovery when he returns to his lab after a vacation. In one of the dirty Petri dishes he had stacked in a tray filled with Lysol—one that had not be submerged in the disinfectant—he notices that mold has grown and that it seems to have killed the staph bacteria Fleming had cultivated in the dish.

That intrigues Fleming because for years, he’d been researching the antibacterial properties of enzymes, such as those found in human tears. He wonders if this mold could lead him to developing the wonder drug he’d been looking for.

Fleming soon determines that the mold likely floated up in spores from the lab in the floor below him, where one of his colleagues has been collecting mold samples as part of asthma research. They identify it as a mold known as Penicillium so Fleming decides to call its bacteria-killing “juice” penicillin.

Fleming, however, was not a chemist and he wasn’t able to isolate whatever was killing the bacteria. He did publish a paper about his discovery in 1929, but it didn’t generate much interest.

Then, a worldwide depression dried up funding for scientific research. It wasn’t until 1938 that an Oxford University scientist named Ernst Chain happened upon Fleming’s paper on penicillin. He began working with his boss, researcher Howard Florey, and they found that it cured bacterial infections in mice. Then they tried it on humans, with similar success. 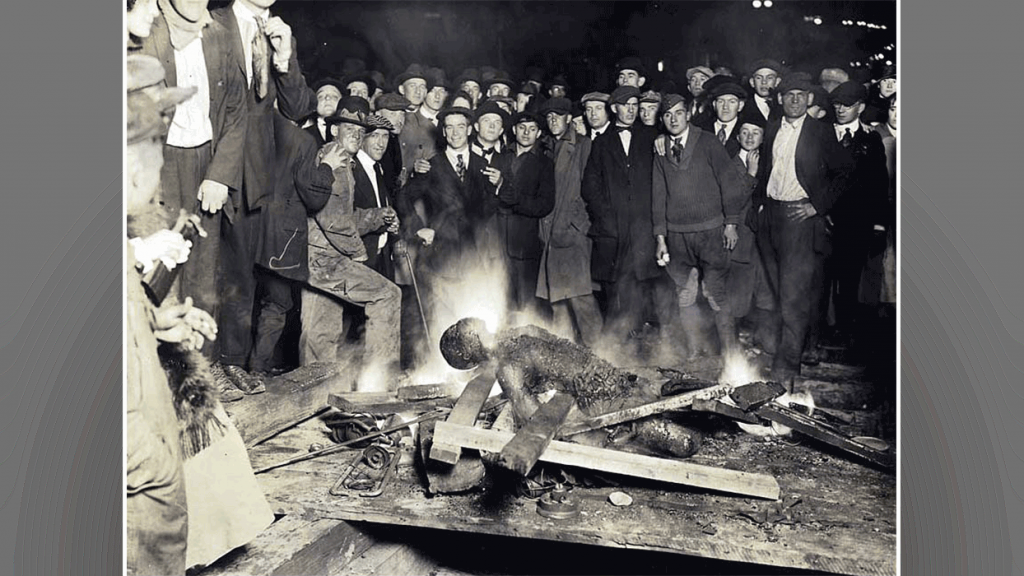 A race riot occurred in Omaha, Nebraska on September 28, 1919. Three weeks before the riot started, federal investigators had noted that there had been a clash between white and black workers in the local stockyards. It then resulted in the lynching of a black worker, Will Brown; the death of two white men; as well as the attempted hanging of Mayor, Ed Smith; and a public riot thousands of whites who set fire to the Douglas County Courthouse in downtown Omaha. It was then followed by more than 20 race riots in major cities around United States during the Red Summer of 1919.

The Omaha Riot was severely condemned throughout the country. The arrest and prosecution of the riot mob leaders was widely called for in the media. Police and army authorities arrested many of the participants on charges that ranged from murder to arson and held them for trial. The Army presence in Omaha was the largest in response to any of the race riots. By early October, the emergency had passed and the Army presence was reduced by middle of October.

The district court ordered a grand jury to convene to further investigate the riots, and a grand jury was impaneled for this. After a 6 week session, the grand jury produced a report that criticized the Smith government administration for its ineffective leadership as well as the incompetence of the police. Witnesses from the army testified that they believed a more prompt police action could have controlled the riot. 120 indictments were handed down for involvement in the riots.

Of the 120 persons that were initially indicted for there involvement in the riot, most were never successfully prosecuted, and they all were eventually released after not serving any term of imprisonment.

Nine people are taken hostage in the Spaghetti House siege in London.