Massacre of July 15, 1927: Eighty-nine protesters are killed by the Austrian police in Vienna.

Twitter, later one of the largest social media platforms in the world, is launched.

The Spanish Inquisition is officially disbanded after nearly 356 years.

A fire destroyed the ancient Basilica of Saint Paul Outside the Walls in Rome, Italy.

At the beginning of the 4th century, with the end of the persecutions and the promulgation of the Edicts of Tolerance in favour of Christianity, Emperor Constantine ordered the excavation of the cella memoriae, the place where Christians venerated the memory of Saint Paul the Apostle, beheaded under Nero around 65-67 A.D. Above his grave, located along the Ostiense Way, about two kilometers outside the Aurelian Walls surrounding Rome, Constantine built a Basilica which was consecrated by Pope Sylvester in 324.

Between 384 and 395 the Basilica, under the emperors Theodosius, Valentinian II and Arcadius, was restored and enlarged according to an extensive project consisting of five naves opening out into an atrium, or courtyard with four rows of columns. Throughout the centuries the Basilica would not cease to be embellished and enhanced by the Popes. For example, the massive defensive wall was built to protect against invasions at the end of the ninth century, while the bell tower and the magnificent Byzantine door were constructed in the eleventh century. Other important additions include Pietro Cavallini’s mosaics in the façade, the beautiful Vassalletto family’s cloister, Arnolfo di Cambio’s celebrated Gothic baldachin and the Candelabrum for the Paschal candle attributed to Nicola d’Angelo and Pietro Vassalletto of the thirteenth century. This historical period represents the golden age of what had been the biggest Basilica of Rome, until the consecration of the new Basilica of St. Peter in 1626. This sacred place of Christian pilgrimage was well-known for its artistic works.

On the night of July 15, 1823, a fire destroyed this unique testimony to the Paleo-Christian, Byzantine, Renaissance and Baroque periods. The Basilica was reconstructed identically to what it had been before, utilizing all the elements which had survived the fire. In 1840 Pope Gregory XVI consecrated the Altar of the Confession and the Transept.

Other embellishments followed the reconstruction. In 1928 the portico with 150 columns was added. Contemporary work in the Basilica has uncovered the tomb of the Apostle, while other important and beneficial works are carried out, as in the past, thanks to the generosity of Christians from all over the world.

In the fifth century under the Pontificate of Leo the Great, the Basilica became the home of a long series of medallions which would to this day depict all the popes throughout history. This testifies, in an extraordinary way, to “the very great, the very ancient and universally known Church founded and organized at Rome by the two most glorious Apostles, Peter and Paul”.

In addition to the Papal Basilica, the entire complex includes a very ancient Benedictine Abbey, restored by Odon of Cluny in 936. This Abbey remains active even today under the direction of its Abbot who retains his ordinary jurisdiction intra septa monasterii. The Benedictine Monks of the ancient Abbey, founded near the tomb of the Apostle by Pope Gregory II, attend to the ministry of Reconciliation and the promotion of special ecumenical events.

It is in this Basilica that every year on the feast of the Conversion of Saint Paul, January 25, the Week of Prayer for Christian Unity solemnly opens. The Pope has specified two privileged tasks for this Papal Basilica: the Sacrament of Reconciliation and the development and organization of ecumenical initiatives.

The Japanese Communist Party is established in Japan. 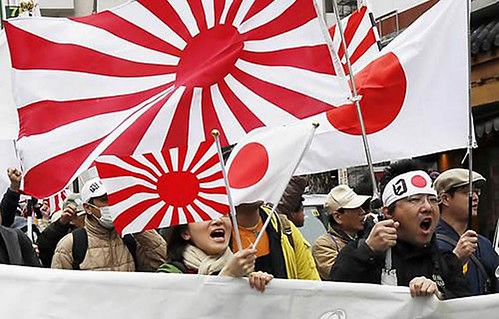 The Japanese Communist Party is a political party in Japan and is one of the largest non-governing communist parties in the world.The JCP advocates the establishment of a society based on socialism, democracy, peace and opposition to militarism. It proposes to achieve its objectives by working within a democratic framework in order to achieve its goals, while struggling against what it describes as “imperialism and its subordinate ally, monopoly capital”.

The party does not advocate violent revolution; it proposes a “democratic revolution” to achieve “democratic change in politics and the economy”, and “the complete restoration of Japan’s national sovereignty” . The JCP was founded on 15 July 1922, as an underground political association.

Alzheimer’s disease is named after Alois Alzheimer in the book Clinical Psychiatry by Emil Kraepelin.